The previous months saw the publications of two translations done by members of the Fantasia Translation Academy:

I highly recommend Sci Phi Journal for everyone whose thinking processes are in need of a reboot (or merely a boot 😀 ). As for the pieces in Words without Borders, I’m just beginning to sample them. 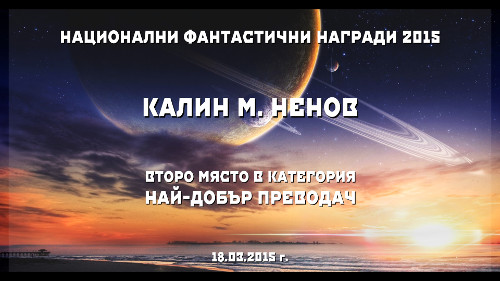 Here’s to another fruitful year! 🙂

1 thought on “Publications: “The Keresztury TVirs” and “Just the Two””

This site uses Akismet to reduce spam. Learn how your comment data is processed.